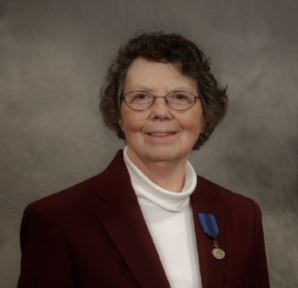 As I write this last District 12N Millie’s Memo, I am looking back at the three and a half years that I have been a part of District 12N and wish to Thank each and every one of you who have helped me along this journey. In January of 2018 I was asked to serve as 2nd VDG for District 12N. I had only moved to Tennessee six months earlier and although I had a considerable amount of Lions experience and training in Connecticut was hesitant to accept the offer. My biggest concern was how was I going to get to know the Clubs and Lions here in such a short amount of time. I had been in line in Connecticut for several years and had the luxury of added time there to learn the Lions and their Clubs.  With the encouragement and assurance of help from District 12N lions along with some serious soul searching on my part I accepted the offer feeling that I would be able to serve you well.

Over the next two years I was able to visit most of the Clubs in East Tennessee and did learn a lot and tried to assimilate to the different culture. One example of this it that although I was from Eastern Connecticut I had moved to East Tennessee. I know my accent is different and what some thought of as mispronunciation on my part is actually simply my personal diversity as a result of coming from a different part of the USA. I by no means meant to offend or be disrespectful to any of you.

In February 2020 I attended District Governor Elect School and was excitedly starting to plan for Lion’s Year 2020-2021. We incoming District Governors had had the opportunity to meet newly appointed Vice International President (VIP) Douglas Alexander who would be taking the place of recently deceased VIP Haynes Townsend. I was in the process of forming my goals for this year, finishing asking people to serve in District positions when Covid 19 arrived on the scene.

Initially I thought it was going to be like a bad flu season. By the April we were sheltering at home with no idea of when or if life would return to a “New Normal”. I have to say it was challenging to make plans in uncharted times with no known guidelines as the last pandemic experienced was in 1917.

As things opened up in June and July of 2020, we met new challenges as CDC, State and County health recommendations were not always in agreement. As I write this, LCI in Oakbrook Illinois is still only allowed to have half of their staff in the building at one time. Clubs in this District also were, rightfully so; all over the charts as to how they felt comfortable serving and or meeting or not doing so.

We did have a very successful Districtwide project in December 2020 thanks to 2nd VDG Rich Wilson and Operation Inasmuch where we packed approximately 37,000 meals to help the hungry in East Tennessee. Almost all Clubs participated to the extent that they felt comfortable and I Thank you all for helping the hungry in East Tennessee through your support. The project was so well received that there are plans to continue it next Lion’s year.

Just on May 19, 2021 I received notification that the LCIF Community Impact Grant was approved so we will be able to do more to help the hungry this year. A huge Thank you to LCIF Coordinator Ron Riehn for all that he did to help with this project.

In closing, I am honored and humbled to have been given the opportunity to help lead you this past year and hope I met your expectations. I Thank you all for everything you did to continue to serve your communities in this most unusual year. I wish you all the best as you enter a new Lion’s year which hopefully will be less challenging for everyone.