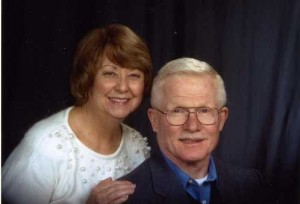 Well here we are, almost to the end of my year as the District Governor of 12N.  I have travelled over 10,000 miles visiting clubs attending projects and conventions across the state.  It has been busy, particularly in the first few month of the year.  I had the opportunity to make candy with one club, eat sauerkraut and brats with another.  Attend special inductions and presented several Melvin Jones Fellows.  I have enjoyed being with all of you and as my talks related, I got a “bigger pan” as the year went along.

As in every year we have had the battle with numbers and this year is no different.  There are a number of clubs that are growing, a few clubs holding their own and others that are declining.   We lost three clubs this year because of several factors not least was that one was formed quickly and not well nurtured in its first year after chartering and it failed.  We can be very negative about it or use it in a positive manner and develop it as a model of how not to develop new clubs.  The District will be launching a bold program to start four new clubs in areas not being served by Lions in the New Year.  DGE Chuck will be putting his plan into action quickly and we will learn more details on this program at the District Organizational meeting to be held on July 16th.  Please make plans to attend that meeting and get all the latest information on what is happening in the District.

The District has had a lot of inclement weather conditions during the year, the worst being all the tornado damage of last month.  The district was hit in Loudon County, and up north in Greene, Jefferson, Washington and Johnson Counties.  I would like to express my gratitude to the Loudon, Tellico Village and Johnson City Lions Clubs which have stepped in to help with the distribution of food, clothing and cleaning material in their affected counties.  The district sustained heavy damage to homes, with the loss of personal items, clothes, belongings, and life.  Ten individuals were killed by the storms with as many as a hundred admitted to the hospital with 50 of those in critical condition.  Hundreds of homes were destroyed or heavily damaged.

The District is now in receipt of a $10,000 Lions Clubs International Foundation Emergency Grant to be used to help with the humanitarian aid of those most affected by these disasters.  All the funds that make up this grant have been a direct result of donations in the form of Melvin Jones Fellows, Corporate and Personal endowments to LCIF.  We get back as much if not more than we give, please continue to give.  I would like to express my thanks to Lions PDG Dennis Powell and PDG Carl McDaniel for their help and assistance in obtaining the information necessary for the processing of the LCIF Grant application.

Lion Carol and I are proud to have been given the honor and privilege to serve District 12N this year, and we would like to say “thanks” and best wishes to Governor Elect Chuck and his wife Lion Paulette for a great and productive year in 2011-12.