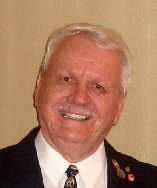 Lion Bill Joined the Loudon Lions Club and was inducted in January 1986.  He served on various committees and elected positions at the Club level culminating as Club President 1990-1991.

Lion Bill was elected to serve as an International Director 2007-2009.  He served on the Lions Clubs International Constitution and By-Laws Committee, and Audit Committee.  Lion Bill traveled to over 30 states, Canada, and 4 foreign countries as a member of the International Board on speaking and other Board duties.

Lion Bill has written over 50 poems, 5 plays, and the original MD-12 Policy Manual about Lionism.  He has written and presented numerous seminars on Lions orientation, leadership, membership, extension and retention.